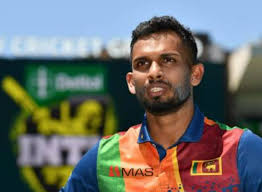 (UTV | COLOMBO) – While admitting that their fielding had been a deciding factor, Sri Lankan skipper Dasun Shanaka said he is optimistic that they can bounce back from this situation and get to the semis.

“The dropped catches, I think had changed the course of the game,” Shanaka said. “I think we could have kept them to a score in the range of around 130, 140 if we had got those important wickets. Yet again, we didn’t bat well upfront. We know that on these wickets, it’s tough. The first two overs are always going to be the toughest.

“We were three down after two overs. So it’s never going to help us when we’re chasing a rather tricky total of 160. It was always about playing straight against a moving ball. We were not good in this game. I think it was the worst we’ve played with the bat. So what is important is to regroup as a batting unit and win the next two games.”

Shanaka said no one wants to drop catches when they play international cricket. “So we don’t need to point out anyone, neither want to blame anyone. What we need to do is to regroup in the next game. We have bounced back in the past, especially with this young team. They have gone through a lot of hard times. So I think we can still bounce back from this situation and manage to get to the semis.”

Commenting on the multiple injuries his side suffers, he said “first we have to check and see the reason behind as to why the players are getting injured. I have no control, the only thing that I can do is when the players come to the field, and I can get the maximum out of them,” he said.