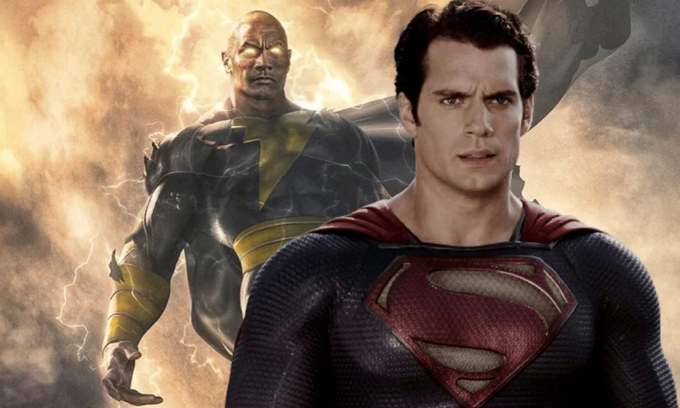 (UTV | COLOMBO) – The premiere of the DC Comics adaptation “Black Adam” just took place tonight in New York with reaction pouring out and yielding positive takes amongst some critics and junket press, some quite enthusiastic.

Of course the online chatter about the film can’t escape the shadow of Superman. Just under a week ago came a report that Henry Cavill is doing a cameo in the film (and a potential “Man of Steel” sequel) after Johnson fought hard for it.

Earlier this week Johnson discussed how a big goal of his is to see Black Adam and Superman on screen, and shortly after that producer Dany Garcia said (via Twitter) that the film boasts a “secret end credit scene that I’ve been working on for six years”.

Tonight, speaking to “Entertainment Tonight” who directly say to him the “cat is out of the bag” regarding Cavill’s appearance in the film, Johnson took his time and laid out his answer carefully. After basically repeating what he said the other day, he added a little bit at the end direct to the camera: “I will say this…. welcome home”. Check out his interview below.