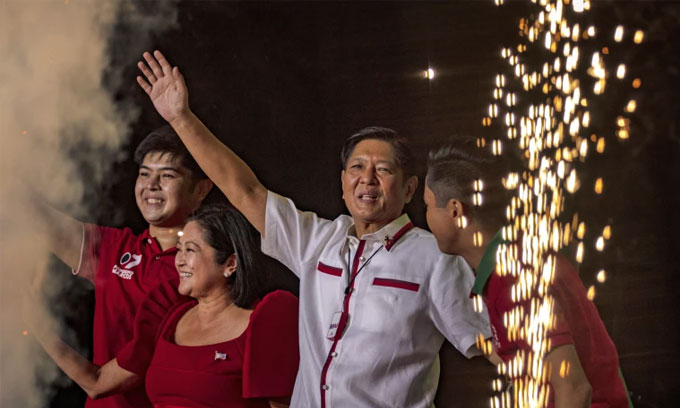 Benjamin Diokno, the current governor of Bangko Sentral ng Pilipinas (BSP), will become the next finance chief, Marcos said on Thursday in an interview streamed on Facebook.

Felipe Medalla, a member of the central bank’s monetary board, will take over from Diokno as central bank governor.

Marcos said his first priority will be the economy, with a particular focus on rising inflation and job creation.

The appointments mark another move towards policy continuity from Marcos, who is expected to expand on many of the economic policies of incumbent Rodrigo Duterte, including a substantial infrastructure drive.

Diokno, a budget secretary under the Duterte administration before he was appointed central bank governor, said he was committed to carefully managing the economy.

“As finance secretary, I will strive to continue prudently and carefully balancing the need to support economic growth, on one hand, and to maintain fiscal discipline, on the other,” Diokno said in a statement.

The Philippine stock index was flat on Thursday, following Marcos’s announcements about his economic team.

The BSP raised interest rates for the first time since 2018 on May 19, joining peers around the world in a rush to tackle rising prices.

Marcos, a polarizing political figure due to his dictator father’s 20-year rule, is inheriting a rapidly growing economy, although investors have expressed concerns he lacks a clear economic agenda.

The current government this week narrowed its growth target to 7-8 percent from the previous range of 7-9 percent to take into account external risks after reporting 8.3 percent growth in the first quarter.

Analysts say the new administration will have to deal with a huge amount of debt from the current government’s pandemic borrowing, which could limit its ability to take on more debt to finance government projects or support growth.