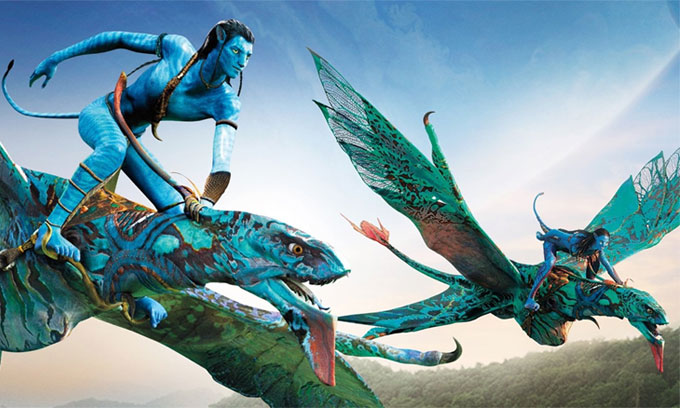 (UTV | COLOMBO) – The online release of the teaser trailer for James Cameron’s sci-fi sequel “Avatar: The Way of Water” on Monday drew a lot of eyeballs.

Disney and 20th Century have revealed that in its first 24-hour online window, the clip racked up 148.6 million views, including 23 million from China alone. The number doesn’t include the millions more who saw the trailer before “Doctor Strange in the Multiverse of Madness” last weekend.

Its view count puts it ahead of all recent “Star Wars” films, but behind that of two other works this year alone – Amazon’s “The Lord of the Rings: The Rings of Power” series teaser (257M) and Marvel’s “Thor: Love and Thunder” teaser trailer (209M).

Cameron’s 2009 “Avatar” film remains the top-grossing film of all-time at the worldwide box office with $2.84 billion, not adjusted for inflation. It will be re-released in cinemas on September 23rd.