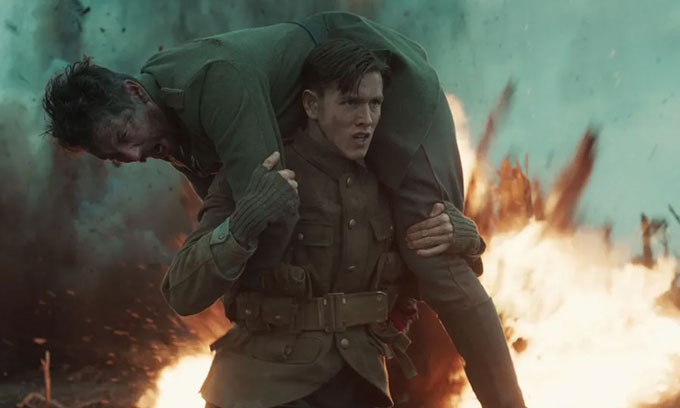 Actor Harris Dickinson is set to grace our screens as young Oxford Conrad in 20th Century Studios’ The King’s Man. As the storyline will deal with the creation of the very first special independent intelligence agency, The King’s Man, it will also discuss the beginning of how the World War and the bravery of Conrad Oxford, the son of the Duke of Oxford.

Director Matthew Vaughn opened up on the movie’s incredible cast and revealed why Harris Dickinson was his first choice for essaying the role of young Oxford Conrad, who is the son of Orlando Oxford, played by the legendary actor Ralph Fiennes. “The way I cast is purely about what I see, and he blew me away. I cast him after about 10 minutes of meeting him,” Vaughn recalled as she gushed about Dickinson being the perfect actor for the role.

However, delving deeper into the series and how the events shaped up his character, Dickinson described Conrad as “young, brave and aristocratic.” About Conrad’s family, the actor explained, “His father, the Duke of Oxford, lives in a very grandiose, strict, upper-class lifestyle, and Conrad lives with him He’s naive to the real world when we first meet him.” Moving further, he also emphasizes how World War I builds maturity into his character.

The King’s Man boasts of a cast full of incredible actors including Ralph Fiennes, Djimon Hounsou, Harris Dickinson, Gemma Arterton, Aaron Taylor-Johnson, and more. The movie is scheduled to hit theatres in India on January 14, 2022.