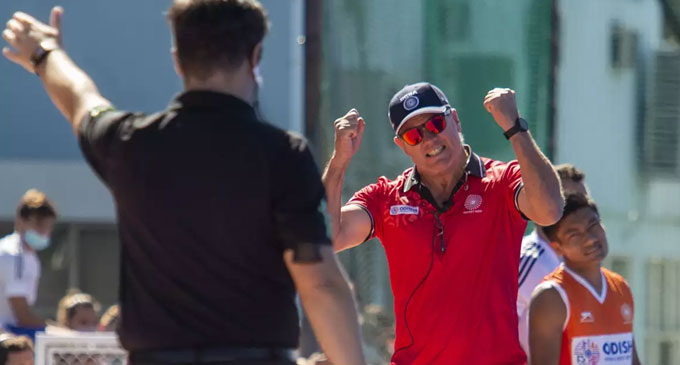 (UTV | ARGENTINA) – Covid has ruled the Indian team off-side once again. The rule was abolished by 1992, but a virus is still playing by it – halting teams right when they seem to be building up pace.

India set off on the road after a year and in their first two official internationals, the team got the better of Olympic champions Argentina. But the day they returned home from South America, the virus struck again.

India’s next away fixture of the Pro League, which was scheduled for May 8 and 9 against Great Britain in London, has been postponed. With the virus mutating and spreading like wildfire in India, the government of the United Kingdom has put India on its ‘red list’. Hence, the team can’t travel.
While that’s the unfortunate bit, it doesn’t take the shine off of what the Indian team achieved in Buenos Aires.

The visitors showed some steel to come back and level the first game at 2-2, before claiming the bonus point in a shootout. The second game saw India dominating the hosts. A 3-0 win was the kind of scoreline coach Graham Reid was looking for.

Of the six matches in the Argentine capital, India lost just one, which left Reid chuffed about the outcome.
In an interview with Timesofindia.com at the conclusion of the tour, the Australian shared his notes, while keeping Covid central to what lies ahead on the road.