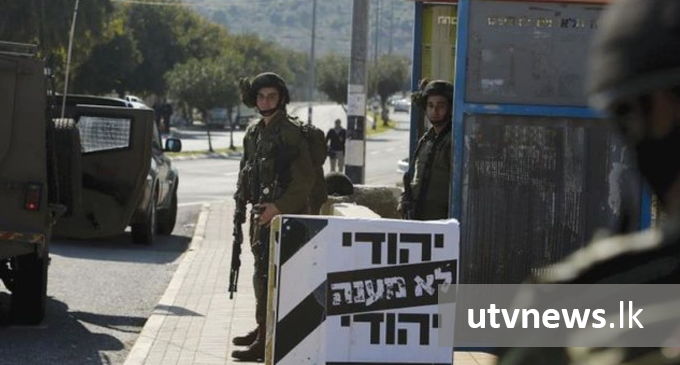 (UTV|COLOMBO) – An NGO accused Israeli security forces Sunday of torturing a Palestinian arrested on suspicion of leading a cell allegedly behind a West Bank bomb attack that killed an Israeli teenager.

Israeli police and the Shin Bet domestic security agency said late Saturday they had arrested three members of the Popular Front for the Liberation of Palestine several weeks ago for the August 23 bombing.

The explosion near a spring close to the Jewish settlement of Dolev, northeast of Ramallah in the occupied West Bank, killed 17-year-old Rina Shnerb and wounded her father and brother.

Shin Bet identified the cell leader as Samer al Arbeed. It said the cell “was preparing other attacks when the arrests occurred, notably gun attacks and a kidnapping.”

On Sunday, Palestinian prisoner support group Addameer said that Arbeed was hospitalized after suffering a “serious health deterioration due to torture and ill-treatment during interrogations.”

According to a statement by Addameer, Arbeed was “harshly beaten” by the Israeli police who arrested him.
Shin Bet investigators “continued using torture and ill-treatment,” the NGO alleged.

Arbeed suffered several broken ribs as well as “severe kidney failure,” according to his lawyer, cited by Addameer.
Both Shin Bet and Addameer gave Arbeed’s age as 44.

Police refused to comment on the nature of Arbeed’s arrest, while the Shin Bet said that during his interrogation he said “he did not feel well.”

“In accordance with procedures, he was transferred to medical examination and care at a hospital,” the security agency said in a statement.

Shin Bet refused to provide further details since “the investigation of the terror cell was still ongoing.”