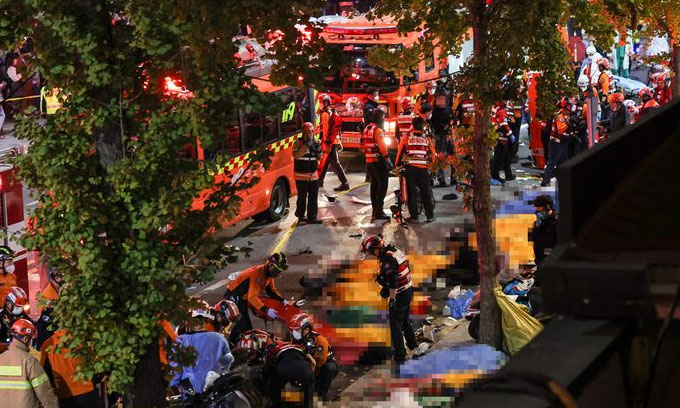 (UTV | SOUTH KOREA) – 27-year-old Sri Lankan man was among those who died in a stampede at the packed Halloween festivities in the South Korean capital Seoul.
At least 151 people have been crushed to death in a horrific stampede and dozens of others were injured in the melee.

Sri Lanka’s Foreign Ministry said that the Sri Lankan who died is a resident of Kandy.

Meanwhile, foreign media reported that 19 foreign nationals were among the dead.

The victims were from Iran, Norway, China and Uzbekistan.

The stampede took place in the nightlife district of Itaewon. What caused the stampede is not clear, nevertheless, witnesses say partygoers were seen packed in the district’s narrow streets and they found it difficult to move around.