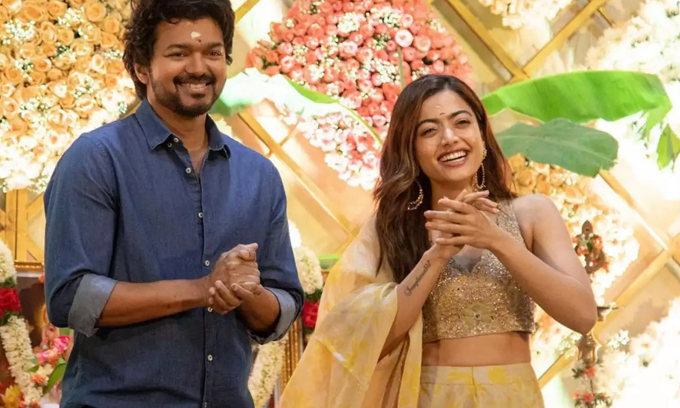 (UTV |  CHENNAI) – The shooting of Vijay’s upcoming film ‘Varisu’ directed by Vamshi Paidipally is near completion. The film produced by Dil Raju is said to be a Tamil-Telugu bilingual and the shooting has been progressing at a brisk pace and now the final schedule of shooting has begun today. The makers have revealed that only two action sequences and two songs are left to be shot, after which the post production work will begin.

The makers have also announced that the film hit the screens for Pongal 2023 in January. The film is said to be a family-centric story and will be a heart-touching family entertainer with a complete package of action, mass elements and good songs.

While Rashmika Mandanna plays the female lead, Prakash Raj and Sarath Kumar play an important roles in the film with Prabhu, Prakash Raj, Jayasudha, Shaam, Telugu actor Srikanth, and Yogi Babu playing supporting roles. The entire film is expected to be completed by October, and the film is slated to release for Pongal 2023.