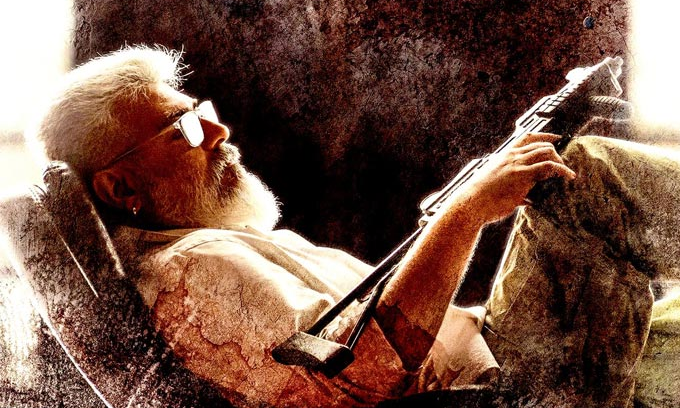 The title and the first look poster of the film was only released last week and the buzz for the movie has now exceeded a maximum level from fans. Now the new update is that the digital rights of the movie is reportedly bought by an international OTT platform. Reportedly, the OTT platform had decided to buy the digital screening and premiere of the film even before its release in theatres. The film’s satellite is also reportedly bought by a leading Tamil channel.

The first look and title poster were released last Thursday and it featured Ajith resting on a lounge chair in a salt and pepper look Ajith a rifle in his hands. The poster in its background also had an old Indian rupee note. The poster also had the words “no guts, no glory.”

The movie is touted to be a bank heist and it is stated that Ajith will be playing a negative role in the film. Actress Manju Warrier plays the female lead in the movie. Samuthirakani, John Kokken and Ajay are also part of the movie’s cast. The music for the movie is composed by Ghibran.