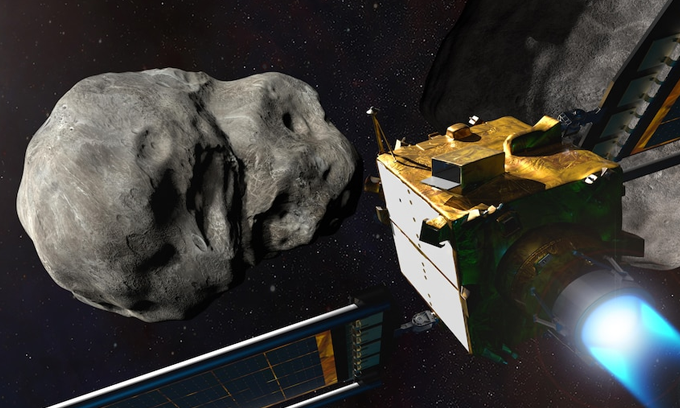 (UTV | COLOMBO) – NASA is purposely set to crash a small unmanned spacecraft into an asteroid this evening in the hope of changing its orbit.

In a mission that is drawing comparisons to Michael Bay’s 1998 disaster film “Armageddon,” the Double Asteroid Redirection Test (DART) will take place around 7:14pm US-ET with a live stream taking place on YouTube.

Robert Braun, head of the Johns Hopkins University Applied Physics Laboratory’s Space Exploration Sector in Maryland tells CNN: “For the first time ever, we will measurably change the orbit of a celestial body in the universe.”

Unlike the film rock, this asteroid poses no threat of striking the Earth, with the craft said to be about 100 times smaller than the asteroid. Its goal is to change its orbit by 1%.