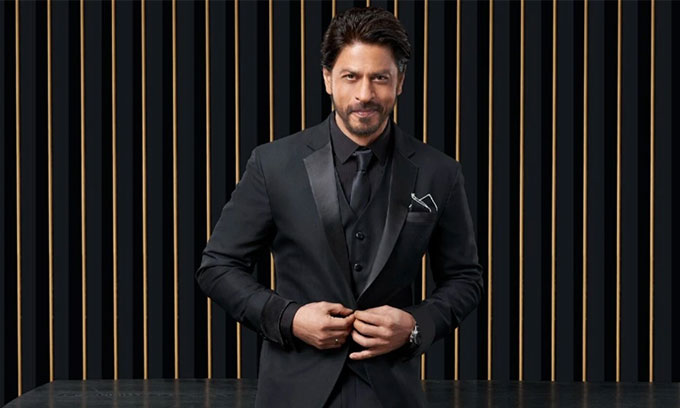 (UTV | INDIA) – Amid endless speculations around Bollywood superstar Shah Rukh Khan’s role in the upcoming fantasy-adventure film ‘Brahmastra’, the actor’s first look from the film is finally out on social media.

A glimpse of SRK from the second trailer of ‘Brahmastra’, which is yet to be released, has leaked online. In the still, the superstar can be seen in the ‘Vanar avatar’ and he will perhaps weild the ‘Vanarastra’ in the Ranbir Kapoor and Alia Bhatt-starrer.

After the trailer of ‘Brahmastra’ was released a couple of months ago, fans had been wondering if the ‘vanar’ avatar in it was SRK. And looks like they were indeed correct.

While not much has been revealed about what part SRK has to play in the narrative, it has been reported that his role will be crucial to the overall storyline of the film.

Director Ayan Mukerji had earlier shared an explainer for his ‘Astraverse’ in ‘Brahmastra’. He had revealed that the film is based on the concept of ‘astras’, that contain the energies found in nature – fire, earth, wind, water.

‘Vanarastra’ gives a person the power of a divine monkey, while ‘Nandi astra’ can give a person the strength of a thousand bulls.

The trailer shows that Ranbir holds the greatest astra within himself  the ‘agni astra’.

Meanwhile, besides Ranbir, Alia and Shah Rukh, ‘Brahmastra’ also stars Amitabh Bachchan, Nagarjuna and Mouni Roy in key roles. The film is slated to hit the theatres on September 9 in five languages.