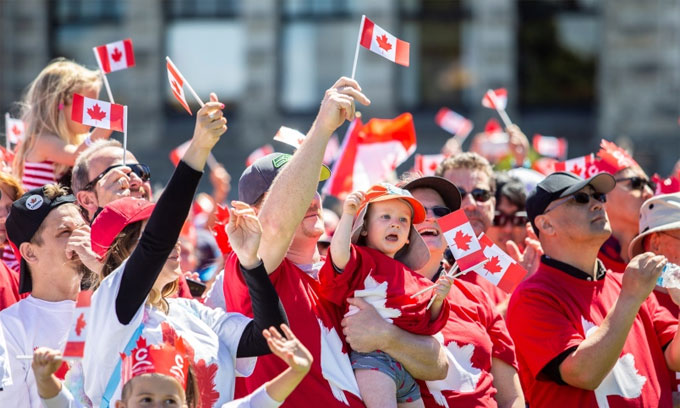 (UTV | CANADA) – As the country prepares to celebrate the 155th anniversary of the formation of the Canadian Confederation, Canada Day, the traditional centre of festivities, Parliament Hill in Ottawa, will be off limits as protesters linked to the Freedom Convoy begin gathering in the capital for the long weekend.

Canada Day is observed on July 1 and this is the first time in two years that celebrations are expected to attract crowds since the last two years were marred by restrictions due to the Covid-19 pandemic.

However, as disparate groups like to the original Freedom Convoy, the anti-mandate protesters who occupied the capital for three weeks in February, started streaming into the city, Parliament Hill and downtown Ottawa turned into a heavily policed zone and that presence will remain till July 4.

Various events have been listed by protesters including a march to Parliament Hill on Friday. In a statement released on Monday as it laid down plans for maintaining law and order in Ottawa ahead of the Canada Day weekend, the city’s interim police chief Steve Bell said, “We expect there to be demonstrations. This is a right of all Canadians and it will be protected.”

However, he added, “We will not accept unlawful behaviour and we will not allow vehicle-based demonstrations in the motor vehicle control zone.”

The main celebratory Canadian Heritage events have been moved some distance away from Parliament Hill to LeBreton Flats.