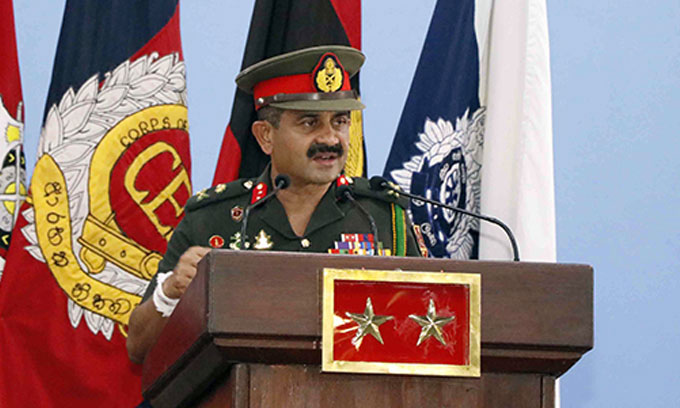 (UTV | COLOMBO) – General Shavendra Silva will assume office on 1 June 2022 as new Chief of Defence Staff after relinquishing the office of the Commander of the Army on 31 May.

General Shavendra Silva was serving as acting Chief of Defence Staff at the time he was appointed to this new office.

Meanwhile, the incumbent Chief of Staff Major General Vikum Liyanage will be appointed as the new Commander of the Army with effect from 1 June after relinquishment of his office as the Chief of Staff.