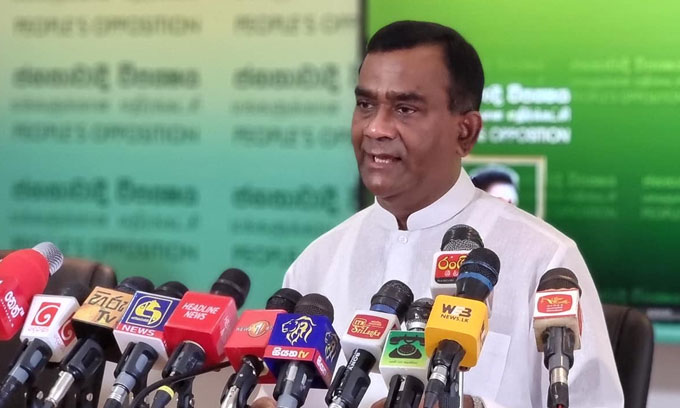 (UTV | COLOMBO) – The Samagi Jana Balawegaya says the stance of the party pertaining to the 21st Amendment to the Constitution will be conveyed to the government by tomorrow.

Parliamentarian Tissa Attanayake said the party has appointed a committee of attorneys to study the Constitutional Amendment.

Speaking to media, MP Attanayake said three proposals pertaining to the 21st Amendment have been submitted to Parliament, one by the SJB and other two by the Sri Lanka Freedom Party and Minister of Justice Wijeyadasa Rajapakshe.

The Parliamentarian said the committee of attorneys was appointed to relay the SJB’s stance after receiving the draft of Minister Rajapakshe’s proposed Amendment.