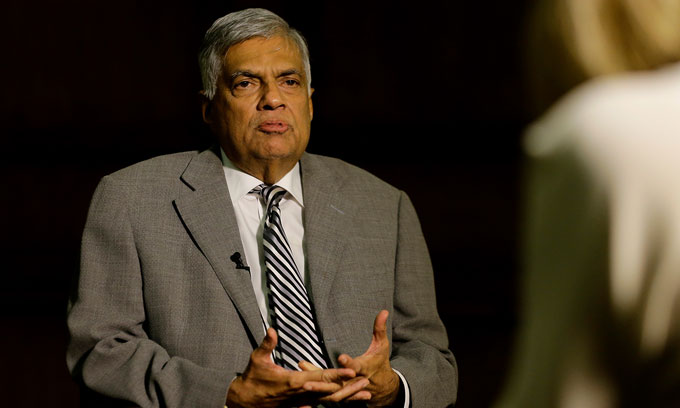 (UTV | COLOMBO) – Prime Minister Ranil Wickremesinghe says he is seeking to complete the loan arrangement with the International Monetary Fund in the next two to three weeks.

Speaking to Bloomberg, Prime Minister Wickremesinghe said Sri Lanka is looking to fast-track talks with the IMF and agree on a loan by mid-June so that they can then approach other lenders for urgently needed funds.

The Premier noted that the government will slash its budget expenditure to “bare bones” and hopes to break even or post a primary surplus of 1% of gross domestic product by 2025.

Prime Minister Ranil Wickremesinghe said although the IMF will not provide the entire dollar requirement, if Sri Lanka starts with the IMF it will be easier for others to help the country.

The government is seeking a total of about $4 billion this year, from the multilateral lender and creditors including China and Japan, to help pay for food and fuel.

The Prime Minister said he is taking all steps to support the people who are facing numerous hardships at present.

The Premier said, “I can feel their anger. Some of them are missing one meal. A lot of people who had reached the middle class feel they’re being moved out. People are without employment. Farmers are without fertilizer for two seasons.”

Prime Minister Wickremesinghe added that to resolve the crisis, he would seek debt restructuring from China once an IMF deal is agreed.

Premier Wickremesinghe said, “We’re not in a debt trap. I think the percentage of loans by Japan and China are the same, except that the Chinese interest rates are higher.”

Prime Minister Ranil Wickremesinghe noted that in addition to the economic revival, he is also taking steps to ensure political stability in the country.