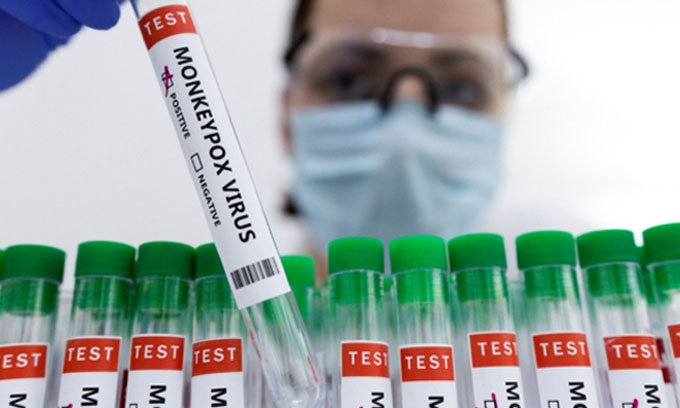 (UTV | COLOMBO) – The cases of monkeypox are surging globally with the World Health Organization (WHO) on Wednesday confirming 131 confirmed and 106 suspected cases of the virus in 19 countries. Most of these cases have not been severe and experts have said that monkeypox is not as contagious as Covid-19.

As countries with cases of monkeypox are opting for vaccination against the virus, a study by the medical journal Lancet said that antiviral drugs might have the potential to shorten the symptoms and also reduce the amount of time a patient is contagious.

Spain reported 59 new cases of the monkeypox on Wednesday and the total number of suspected cases nationwide stands at 171. Health minister Carolina Darias said the government would purchase the Imvanex vaccine and the doses will be distributed proportionally among the 17 regions.

Jacqueline Weyer, a communicable disease expert in South Africa, has said that there is nothing new in the ongoing monkeypox outbreak outside of Africa. “There are no changes from the viruses that have been recognised in recent years in Nigeria, so nothing strange, nothing that we haven’t seen before, except that it’s now happening in a different place,” Weyer told a press conference on Wednesday.

Denmark will receive 200 monkeypox vaccines from the Netherlands this week, health minister Magnus Heunicke said on Wednesday, adding the government is working on buying thousands of doses more. The news comes as the Danish government has mulled vaccinating close contacts of those infected with the virus.

Finland on Wednesday identified its first “highly likely” case of the monkeypox, according to the Helsinki hospital district. The hospital district said that it found the patient, a man who came back from a trip to another country, had an infection caused by an orthopoxvirus and will by the end of the week know for sure whether it is monkeypox. The man is at home and has blisters and a high fever, the hospital district added.

The total number of confirmed monkeypox cases in France has climbed to five, health minister Brigitte Bourguignon told a radio station on Wednesday. Earlier this week, health authorities had said it is recommended that at-risk adults who have been in contact with a patient with confirmed monkeypox should be vaccinated.

Portugal’s monkeypox tally is nearing 50 after 10 new cases were seen on Wednesday. Researchers have said that the virus spreading in the country is less aggressive.