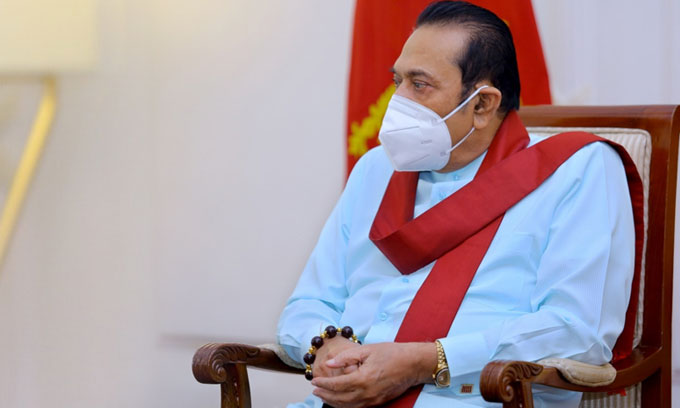 (UTV | COLOMBO) – An overseas travel ban has been imposed on Former Prime Minister Mahinda Rajapaksa, and 15 others.

Among the group are Parliamentarians Namal Rajapaksa, Johnston Fernando, and Sanath Nishantha.

The travel ban was imposed in relation to the violence and unrest instigated on Monday (9).

The order was issued by the Colombo Fort Magistrate’s Court this afternoon.

Senior Deputy Inspector General of Police of the Western Province Deshabandu Tennakoon, is also among the 16 individuals who have been prevented from leaving the country.

The group then began clashing with the peaceful protesters which led to several individuals sustaining injuries.

The structures were also set alight by the pro-government protesters.

The group then proceeded to march towards the Galle Face Green where they destroyed the structures and clashed once again with peaceful protesters.