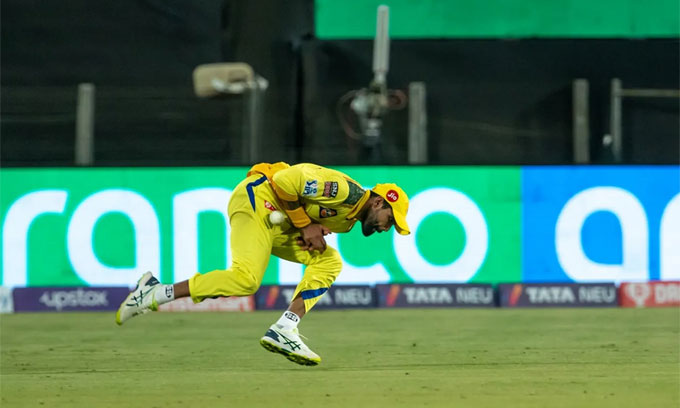 (UTV | INDIA) – Ravindra Jadeja has been ruled out of the remainder of the IPL. The India all-rounder has exited the Chennai Super Kings bubble on Wednesday (May 11).

“He has an injury on his rib which he sustained during our match against Royal Challengers Bangalore (on May 04). We have only two games left and given his heavy international commitments, we thought he should not risk further injury,” said Kasi Viswanathan, the CEO of the franchise.

According to the CSK official, Jadeja who was removed as the captain of the team midway after a streak of defeats was feeling pain in his rib. “He was feeling pain while bowling and batting. So we thought that it would be wise to let him rest. We have informed the BCCI as well,” Viswanathan said.

Jadeja missed CSK’s last game, against Delhi Capitals last Sunday (May 8). CSK have a game against Mumbai Indians at the Wankhede on Thursday (May 12). They take on Gujarat Titans, also at the Wankhede, on May 15 and round off their campaign with a match against Rajasthan Royals on May 12.

Meanwhile, it is understood that the national team management, contrary to the norm for such injuries, had no prior information about the injury adding to the questions over Jadeja’s exit from the bubble. Even the national selectors, notified about the injury, did not seem to know about it. Chief selector Chetan Sharma didn’t respond to a query.