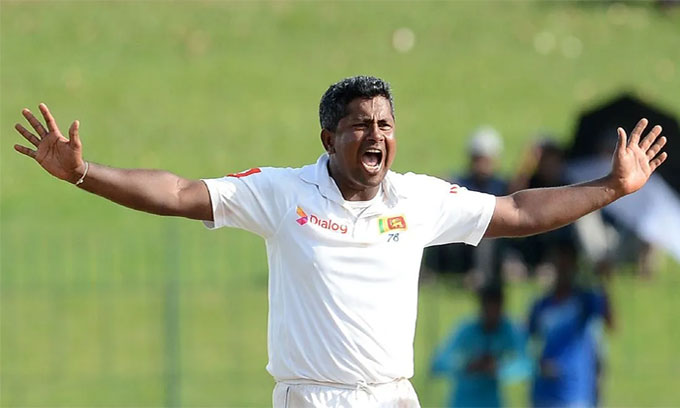 (UTV | COLOMBO) – Bangladesh spin bowling coach Rangana Herath will not be available for the upcoming tour of West Indies. The Sri Lankan confirmed on Thursday (May 12) that he has applied for leave to be with his family.

Bangladesh team director Khaled Mahmud also confirmed that the legendary Sri Lankan spinner will not be part of the touring party.

“Herath will not be available in the West Indies tour as he will be with his family,,” Mahmud confirmed.

Herath opted to stay with Bangladesh team during the ongoing home series against Sri Lanka, comprising two Tests, despite political instability back home.

Herath joined Bangladesh coaching set-up during the tour of Zimbabwe and later his contract was extended till the upcoming T20 World Cup, in Australia later this year.

The BCB is yet to decide on Herath’s replacement for the tour, but country’s leading spin coach Sohel Islam is front-runner to fill his shoes in the Caribbean.

Bangladesh team is expected to leave Dhaka on June 6 for the tour, comprising two Tests along with three ODIs and T20Is each.