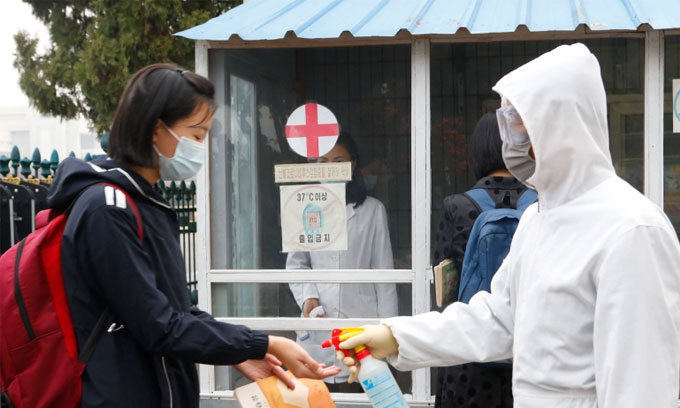 (UTV | NORTH KOREA) – North Korea has confirmed its first outbreak of COVID-19, raising fears of a humanitarian disaster in one of the world’s only unvaccinated countries as it goes into a nationwide lockdown.

Authorities detected a sub-variant of the highly transmissible Omicron coronavirus variant, BA.2, in people in Pyongyang, on Thursday, without elaborating on the number of confirmed cases.

“There has been the biggest emergency incident in the country, with a hole in our emergency quarantine front, that has been kept safely over the past two years and three months since February 2020,” the state broadcaster said.

It added that “maximum” control efforts were being imposed in Pyongyang.

It reported later that Kim Jong Un had “called on all the cities and counties of the whole country to thoroughly lock down their areas” with factories, businesses and homes closed down and reorganized “to flawlessly and perfectly block the spread vacuum of the malicious virus.”

Analysts said Pyongyang’s public admission of the outbreak was probably a sign of the severity of the situation, but not necessarily a sign that Kim would be amenable to outside assistance.

“Pyongyang will likely double down on lockdowns, even though the failure of China’s zero-Covid strategy suggests that approach won’t work against the omicron variant,” Leif-Eric Easley, a professor at Ewha University in Seoul, said in emailed comments.

“North Korea is entering a period of uncertainty in managing its domestic challenges and international isolation. The Kim regime would be well advised to swallow its pride and quickly seek donations of vaccines and therapeutics.”

A newspaper reported the Politburo of the ruling Workers’ Party admitting there had been a “breach” in the country’s virus defences, and criticized the department handling the epidemic for its “carelessness, laxity, irresponsibility, and incompetence” in “failing” to respond to the acceleration in transmission around the world.