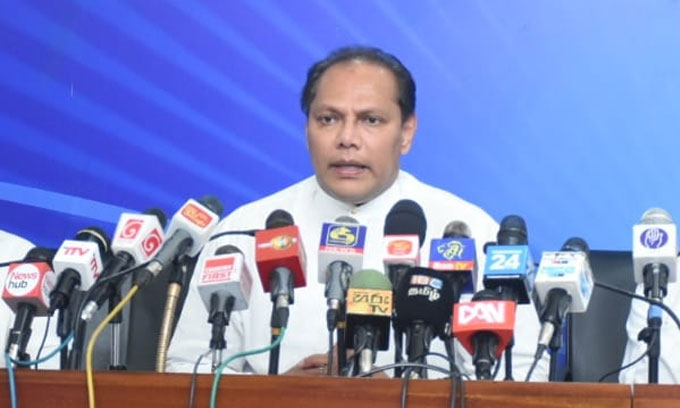 The parliamentarian made this remark following a discussion with Maha Sangha today (May 11).

MP Jayasekara said the SLFP also expects to hold talks with the leaders of 11 constituent parties of the government that became independent in the parliament.

Jayasekara urged the Opposition Leader to accept the premiership, without holding on to the opinion that a new Prime Minister should not be appointed until the President steps down.

In response to a question on the condition set by Premadasa for accepting the premiership, SLFP’s general secretary said the country would fall into a state of anarchy if the President also steps down from his position.