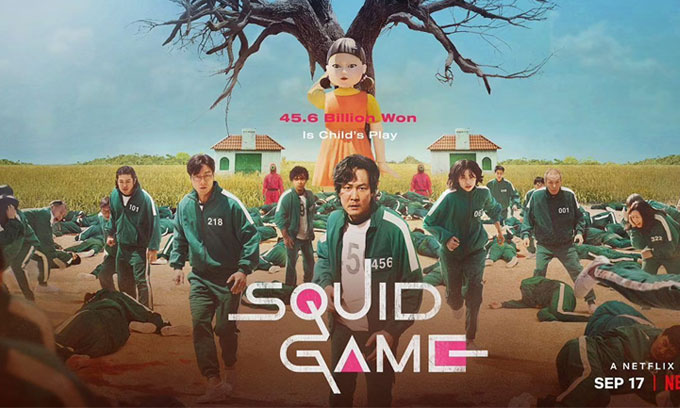 When asked whether it is in the pipeline, he replied, “Absolutely, the ‘Squid Game’ universe has just begun.”

Written and directed by Hwang Dong-hyuk, the survival drama series featured a contest similar to Battle Royale in which debt-ridden people could compete in games to win a grand prize of 45.6 billion won ($38.6 million or more than Rs 2 billion). The games in the contest were childhood games played in South Korea.

The catch was, those eliminated in every round will not just go home empty-handed, they will be killed. As per the mysterious creators of the game, it was fairer than the daily game the participants play in the real world. Here, the wealth was guaranteed if one were clever and ruthless enough — which was not true outside the game.

The show was interpreted as a trenchant critique of modern capitalistic societies and that economic mobility was just a myth perpetuated by the moneyed classes.

In any case, the series became a phenomenon. It remains Netflix’s most-watched series with an incredible 1.65 billion viewing hours after four weeks of its launch, beating Bridgerton’s 625.5 million hours by a huge margin.

O Yeong-su won the Golden Globe in the Best Supporting Actor in a Series, Miniseries or Television Film category earlier this month.