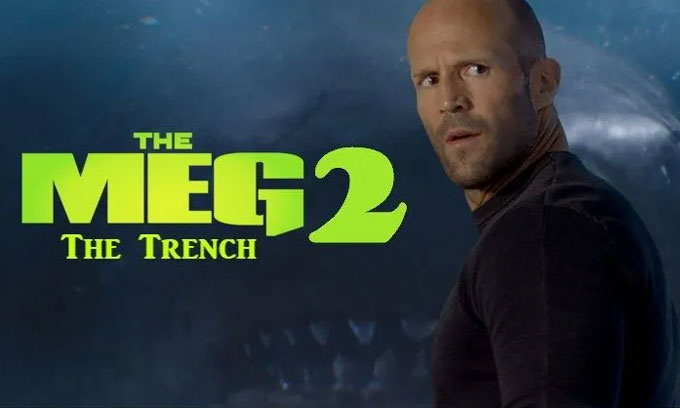 (UTV | UNITED KINGDOM) – The Meg, starring Jason Statham, is set to begin shooting next week, with filming taking place in the UK.

The sequel to the underwater monster movie The Meg, starring Jason Statham, is set to begin shooting next week, with filming taking place in the UK.

An ancient shark comes to UK shores next week when ”Meg 2: The Trench” begins filming. Directed by acclaimed filmmaker Ben Wheatley, the monster movie will see both Jason Statham and Li Bingbing reprising their “The Meg” roles. While little is known about Meg 2’s plot, it will continue to follow author Steve Alten’s sci-fi thriller series, focusing on the second book, The Trench. Despite somewhat middling reviews, The Meg was a commercial success and earned itself a devoted fanbase, with both horror and science fiction fans praising the movie as fun but flawed.

“Meg 2: The Trench” will begin filming next week. While The Meg was filmed in warmer climates, shooting in Auckland, New Zealand, the movie’s sequel will begin at Warner Bros Studios Leavesden in the UK. Shooting is planned to continue until May, making use of the studio’s two water tanks.

Wheatley is perhaps the best choice to take the franchise in the direction it needs to go. After proving himself as an incredible filmmaker, with the likes of Kill List and Free Fire demonstrating his knack for genre-blending, Wheatley can help solve The Meg’s biggest issue around its lack of focus. With the thumbs up from Alten on the reported darker tones of the script, and Wheatley hinting at big-action and potential multiple megalodons in the sequel, the movie seems to be in safe hands. Official release date for ”Meg 2: The Trench” has yet to be announced.