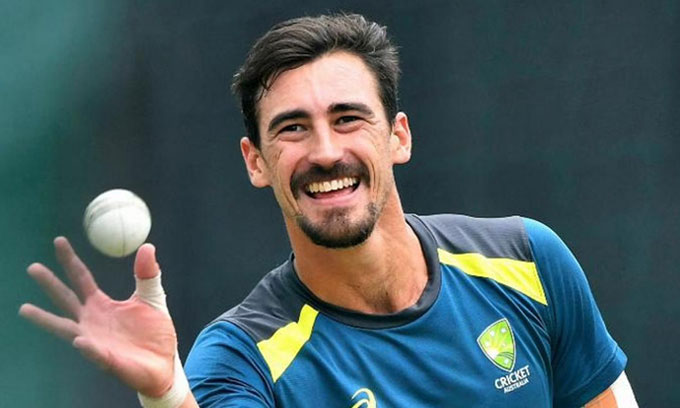 Australian pacer Mitchell Starc is contemplating making a comeback to the IPL after a lengthy hiatus despite a hectic schedule that includes touring the subcontinent and the T20 World Cup title defence at home later this year. Starc, who last played in the IPL in 2015, said he hasn’t made the decision yet but entering his name for the league’s mega auction, the nominations for which close on Friday, is “certainly on the table.”

Starc clinched a contract worth Rs 9.4 crore with Kolkata Knight Riders in 2018 but had to be released because of an injury. The mega-auction ahead of the upcoming season is scheduled to be held on February 12 and 13 in Bengaluru.

“I’ve got two days to get my paperwork in, so that might be something to do today before training,” Starc was quoted as saying. “I’ve not put my name down just yet, but I’ve got a couple more days to decide on that. It’s certainly on the table regardless of what the schedule has got coming up,” he added.

Despite being one of the most valuable T20 bowlers, the left-arm pacer has featured in just two seasons of the IPL due to injury and workload management. In the 27 matches that he played for Royal Challengers Bangalore in 2014 and 2015, Starc snared 34 wickets at an economy rate of 7.16 and an impressive strike rate of 17. However, workload will once again become a key factor as the 31-year-old takes a call.

After the fifth Ashes Test, Australia have a three-match ODI series and one-off T20I at home against New Zealand. A five-match T20I series against Sri Lanka is scheduled for next month followed by a full series comprising three Tests as many ODIs and a T20I in Pakistan, starting March.

“I haven’t been for six years or so,” Starc said. “Obviously with a heavy weighting towards T20s over the last period of time and the World Cup coming up later this year, that’s one to take into consideration as well,” he added.

While the IPL, which has expanded to 10 teams this year, is expected to start in April and go on till June. Australia is scheduled to visit Sri Lanka for a Test and limited-overs series in June and July.

“There’s a bit going on with scheduling and what-not to get our heads around, certainly for us multi-format players. The schedules are quite jam-packed when you throw in all the tours, we’ve got a couple of white-ball series post the Ashes before that Pakistan tour, then you take into consideration the IPL and the Sri Lanka tour after that. So it’s a massive six months of cricket for everyone,” Starc said.