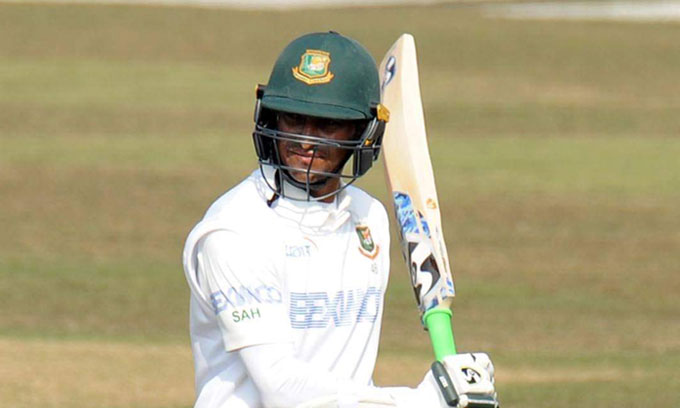 Shakib didn’t play the three-match T20I series against Pakistan because of the same injury. Shakib Al Hasan hasn’t made the cut for Bangladesh’s opening Test against Pakistan, starting Friday, November 26 at the Zahur Ahmed Chowdhury Stadium in Chattogram. The Magura-born is yet to fully recover from the hamstring injury that he sustained during the T20 World Cup 2021 in Oman and the United Arab Emirates. He was ruled out midway during the mega event. The 34-year-old Shakib didn’t take part in the three-match T20I series against Babar Azam’s Pakistan due to the same injury. Back on Monday, November 22, the Tigers picked their squad for the opening Test and Shakib was included in the team. However, it was also learned that his selection would take place after proper assessment of his fitness.

Shakib Al Hasan also uncertain for second Test : Bangladesh Cricket Board chief selector Minhajul Abedin confirmed about Shakib’s unavailability for the opening Test. Moreover, Abedin, also a former Bangladesh cricketer, said that Shakib’s participation in the second Test depends on the reports from the physiotherapist. “Shakib will miss the first Test, that’s for sure. He is yet to recover from injury. After assessing the physiotherapist’s report, we can say whether he will be available for the second Test,” Abedin was quoted as saying to The Daily Star on Tuesday, November 23. The second and final Test is scheduled to start on Saturday, December 4 at the Sher-e-Bangla National Stadium in Dhaka.

Earlier, Bangladesh were jolted with a big blow after Tamim Iqbal missed the bus for the Test series. The 32-year-old hasn’t recovered from the thumb injury that he sustained while playing in the Everest Premier League in September-October. The left-handed Tamim has also been ruled out of the two-match Test series against New Zealand. In the meantime, the Tigers have called up the uncapped Mahmudul Hasan Joy and Rejaur Rahman Raja for the opening Test against Babar and Co.