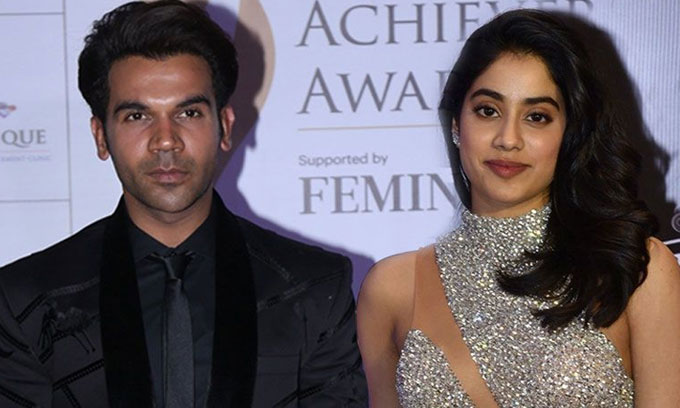 There is great news for the lovers of the pair of Janhvi Kapoor and Rajkummar Rao. After the film Roohi, the pair will once again be seen in a new film, titled ‘Mr and Mrs Mahi’ , which is going to be produced under the banner of Dharma Productions. This has been confirmed by Karan Johar, Jhanvi and Rajkumar with their new Instagram post. Along with this, information has been shared about when the film will be released.

While announcing the film, Karan Johar shared the motion poster of the film and wrote in the caption – Ek Sapne Ke Peche Do Dil Pesha Hai ‘Mr and Mrs Mahi’ is directed by Sharan Sharma. He is once again back with a heartwarming story. Rajkummar Rao and Janhvi Kapoor are coming together in theaters on 7 October 2022. However, the information about when the shooting of the film will take place is not yet available.

Apart from Karan, Janhvi also shared the poster on her Instagram, writing – Time to pad up – This is going to be a journey of two hearts chasing a dream! ‘Mr and Mrs Mahi’. After Karan Johar and Jhanvi, Rajkumar has told about his upcoming film in the most beautiful caption. He writes in the caption -Sometimes you can’t chase your dreams alone! Excited to partner with Jhanvi Kapoor to be directed by Sharan Sharma.

The poster of ‘Mr and Mrs Mahi’ reveals that Rajkumar will be playing the role of Mahendra, while Janhvi is Mahima in the film. Along with this, it is also certain that the story of the film is related to cricket. The film is written by Nikhil Mehrotra and Sharan Sharma. The film will be directed by Sharan Sharma. Earlier, Sharan Sharma had directed Jhanvi’s film ‘Gunjan Saxena: The Kargil Girl’.