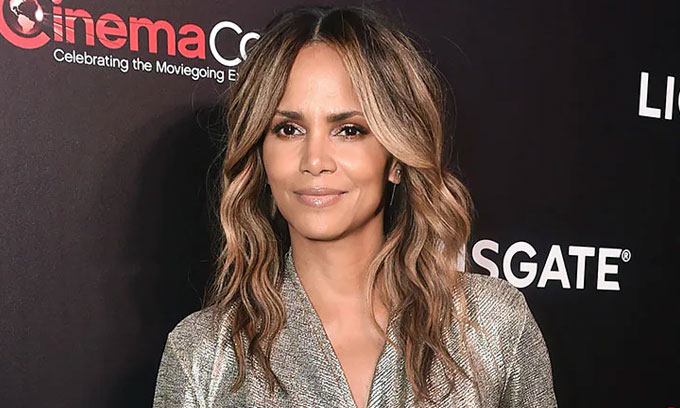 Academy Award-winning actress Halle Berry spent close to three years training for her role as Jackie Justice in “Bruised”. “I knew some Capoeira, I knew a little bit of Judo, but I had to learn Jiu-Jitsu, which was the biggest thing I had to learn. My character was a ground game fighter and Valentina Schevchenko, my opponent is the fly weight champion and a Muay Thai striker. So I had to work harder than I’ve ever worked before to learn all of these disciplines and perform these techniques well enough to suspend reality and have people believe I’m really a real fighter because I so am not,” explained Berry.

This is the first time in Berry’s career that she played double duty on set, directing and starring and she admits it was challenging. “I really had to rely on my 30 years as an actor. I had to rely on believing that I would know exactly what to do in these scenes and I could pull the best out of myself for myself and by myself. But I also knew it would be key to hire the best actors I could hire. I’ve always believed I’m only as good as the people that I get to work with. We feed off each other, and so it was important for me to cherry-pick the right actors that were right for these parts,” shared Berry.

Jackie Justice in Bruised is reminiscent of “Rocky” but feels modern and relevant. In the midst of her comeback, the son Halle’s character gave up years earlier re-enters her life. “I love her courage. I love anybody that dares to pick themselves back up and refuses to quit even if she wants to quit. I think at the end of the day she’s a fighter, not a quitter and by the end of this movie, she proves that,” said Berry.

When asked if “Bruised” could be the beginning of a franchise, it sounded like there was a possibility. “I guess it depends how the world receives this. If there’s a need or a desire or a want for another one, before I get too much older, maybe,” laughed Berry.