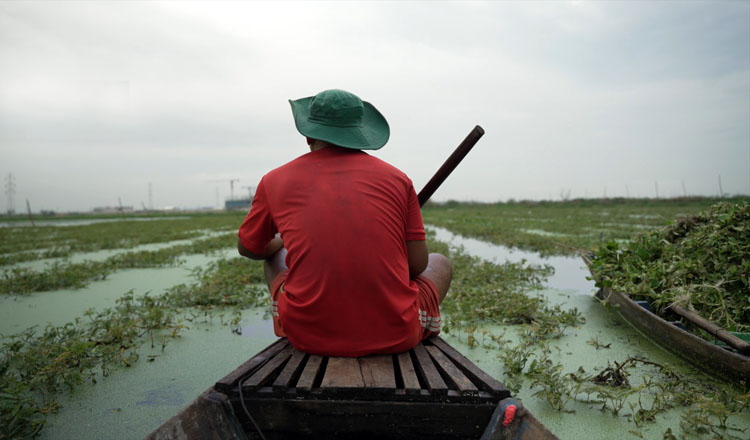 (UTV | CAMBODIA) – Communities in Cambodia’s Boeung Choeung Ek struggle in front of investment firms as sand is dredged from the Mekong River to produce concrete and fill the remaining lakes and wetlands in Phnom Penh for development projects.

Boeung Choeung Ek, Cambodia’s largest remaining wetlands, covers an area of more than 1,500 hectares, and an estimated 1,000 families live and depend on the wetlands for housing, farming, and fishing.

The wetlands also store around 70% of the city’s rain and wastewater, helping to prevent flooding for more than 1 million people.

Despite this, the original size of the wetlands has been reduced by a third through the filling in of sand pumped from the Mekong, making way for a megadevelopment project known as ING City.