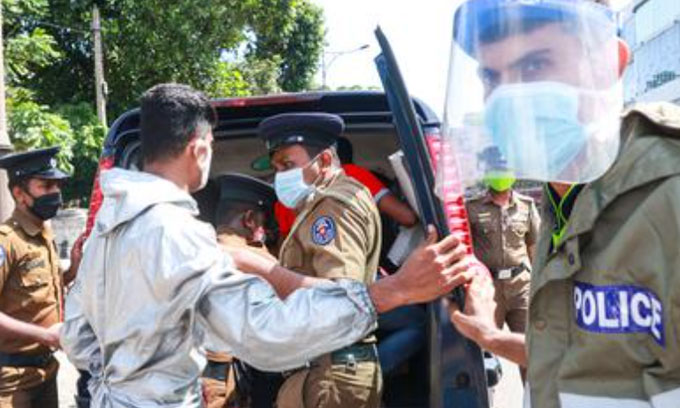 (UTV | COLOMBO) – According to Police 669 suspects have been arrested in the past 24 hours for violating the curfew regulations.

It is reportyed that 38 vehicles have also been taken into police custody.

So far 69,957 persons have been arrested for violating curfew regulations.

Meanwhile 1982 persons have been inspected at roadblocks set up at 13 entry and exit points in the Western Province and 1431 vehicles have also been inspected.

Police said 242 people and 318 vehicles were diverted due to a lack of permits to travel.