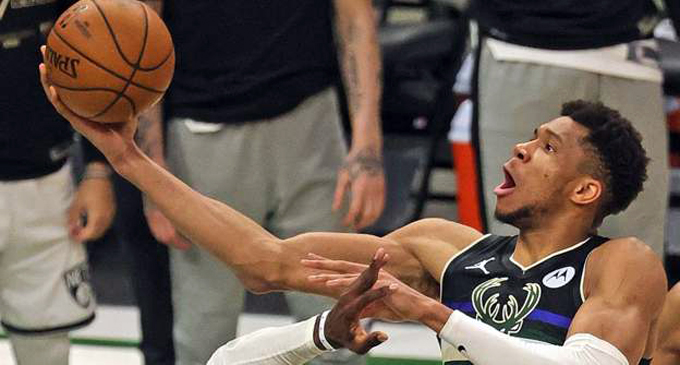 Khris Middleton scored a play-off career-high 38 points, 10 rebounds and five assists as the Bucks levelled the series at 3-3.

The decider will be on Saturday in Brooklyn, where the Nets have won all three previous games in the series.

“We were solid all night,” said Middleton. “We just tried to make it tough on [Kevin] Durant and [James] Harden and we were able to do that.

“The play-offs are about adjusting. We had a little lead at the half and we were able to keep it and extend it in the fourth quarter.”