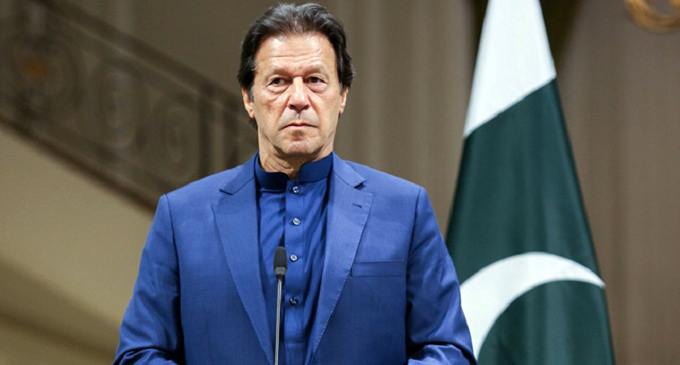 (UTV | COLOMBO) – President of the SAARC Chamber of Commerce and Industry (SAARC CCI) Iftikhar Ali Malik on Monday (22) said the maiden official visit of Prime Minister Imran Khan to Sri Lanka will further cement bilateral ties with a special focus on gearing up trade and strengthen economic cooperation between the two countries.

In a press statement, Malik said it was a good omen for the private sectors of both countries that PM Imran Khan will also participate in a joint ‘Trade and Investment Conference’ aimed at promoting trade and investment between the two countries followed by a number of Memorandums of Understanding (MOU) to enhance bilateral cooperation.

Iftikhar Ali Malik who remained actively associated with SAARC Chamber for the last three decades having deep insight said the visit was poised to help further strengthen the relationship and enhance mutual cooperation in diverse fields.

He said that the current trade between both countries was not entirely encouraging, but both countries have markets for each other’s primary products.

SAARC Chamber Chief observed that Pakistan was an important market for tea products, which also happens to be a top Sri Lankan export item, and Pakistan is also a significant importer of copra and rubber. Both items are important Sri Lankan exports.

Similarly, Sri Lanka was an important market for textile products, machinery, and pharmaceuticals along with other products that Pakistan records significant exports.

He said there is a huge trade potential between both countries if the FTA is utilised properly.

Iftikhar said that Pak companies have invested significantly in agriculture, information technology and construction sectors of Sri Lanka while its construction industry was growing rapidly creating huge demand for Pakistani cement. The Pakistan private sector can also capture the sugar export market in Sri Lanka which imports its 90 % sugar requirements.

He said what both countries needed was to diversify their products through research, innovation and value addition adjusting according to the demands of each other’s markets.

He said non-tariff barriers have smothered the impact of tariff rationalisations. He said due to lack of awareness, exporters do not make full use of market potential and benefits under free trade agreement.

Iftikhar reaffirmed Pakistan’s strong commitment to SAARC and expressed the hope that the process of regional coordination would be allowed to move forward.