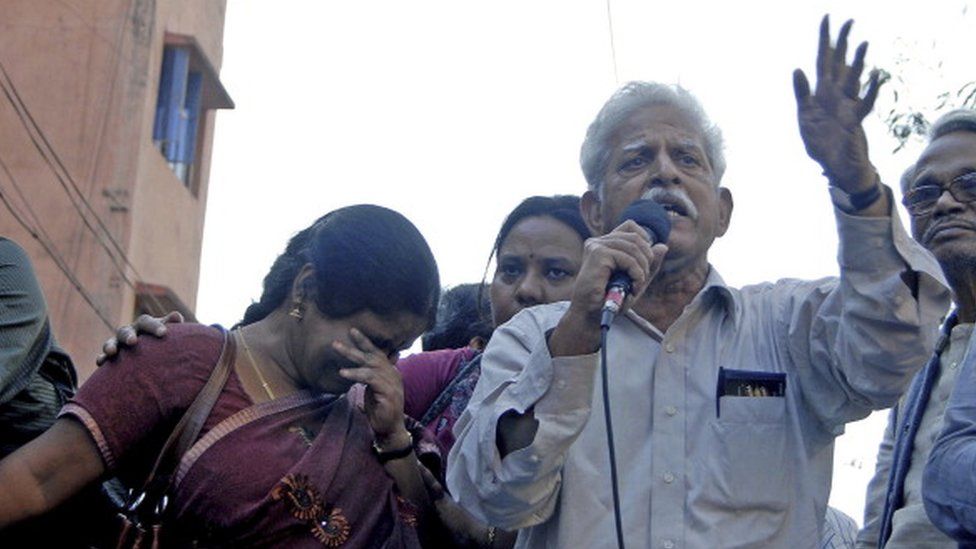 A jailed 81-year-old Maoist ideologue and activist has been granted bail for six months on medical grounds by a court in India.

Varavara Rao has been in poor health for several months and spent more than 150 days in hospital in the past year.

Mr Rao espoused radical thinking and revolutionary ideas in his writings, and has been in jail since 2018 for allegedly inciting caste violence.

He has strongly denied all the allegations against him.

Over the past few months, Mr Rao’s lawyers had told the court that he was denied proper medical treatment in jail.

On Monday, the high court in Mumbai agreed with Mr Rao’s lawyers that Taloja jail had “inadequate facilities” and granted him bail on the condition that he remain in Mumbai city and be available for investigation.

Mr Venugopal, a relative of Mr Rao, told the BBC that the judgement would present his family with its own set of challenges since Mr Rao and his wife live in Hyderabad, the capital of the southern state of Telangana.

“Where will he live? Even his wife is not in a position to be there now,” Mr Venugopal said.

Mr Rao’s lawyer had told the court in November last year that her client was “bed-ridden, has no medical attendant and has a catheter which has not been changed for three months”.

She had told the court that there was “reasonable apprehension” that Mr Rao would die in custody and alleged negligence on the part of the state.

“If the state is unable to look after him, he needs to be shifted to hospital,” she told the court.

In July last year, Mr Rao contracted Covid-19 in jail and was admitted to the hospital only after his family held an emergency press conference alleging that he was being denied proper medical attention despite his rapidly deteriorating health. He was taken back to the prison in August.