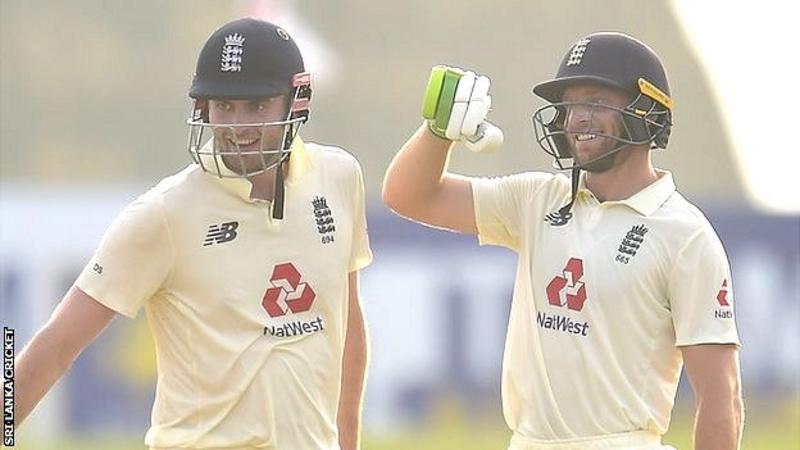 England completed a thrilling victory on day four of the second Test against Sri Lanka to take the series 2-0.

Chasing a tricky 164, England were 89-4 on a turning pitch but opener Dom Sibley hit 56 not out to lead them to a six-wicket win.

Sibley, who had not reached double figures in the series, put on 75 with Jos Buttler, who made 46 not out.

Earlier, England capitalised on reckless batting to dismiss Sri Lanka for 126 in their second innings.

Dom Bess and Jack Leach took four wickets each and the hosts would have been dismissed even more cheaply but for 40 from number 10 Lasith Embuldeniya, who finished with match figures of 10-210.

Resuming on 339-9 in their first innings, England conceded a first-innings deficit of 37 when Jack Leach was dismissed with only five runs added.

Sri Lanka were favourites at that point but England completed a turnaround on a dramatic day when 15 wickets fell.

The series win is England’s fourth in a row and they are also unbeaten in 10 successive Tests under Joe Root’s captaincy, going into a difficult series in India which starts on 5 February.

England are fourth in the World Test Championship table, 0.5% behind third-placed Australia.