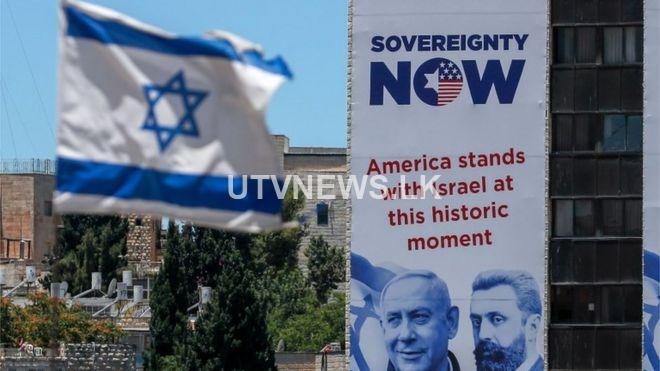 (UTV | COLOMBO) – More than 1,000 parliamentarians from across Europe have signed a letter strongly opposing plans by Israel to annex parts of the occupied West Bank.

The letter raises “serious concerns” about the proposals and calls for “commensurate consequences”.

More than 240 signatories are legislators in Britain. The Israeli embassy in London declined to comment.

The publication of the letter in several newspapers comes a week before the annexation process could begin.

According to a power-sharing deal which led to the formation of the current Israeli government last month, annexation can be put to a vote from 1 July.

The project is being led by Prime Minister Benjamin Netanyahu, who is seeking to extend Israeli sovereignty over parts of the West Bank containing Jewish settlements.

If passed, the move could incorporate up to 30% of the territory – land claimed by Palestinians for a future independent state of their own.

Israel’s incorporation of the settlements was given the green light under US President Donald Trump’s Vision for Peace – a plan for ending the decades old Israel-Palestinian conflict unveiled in January. (Foreign Media)