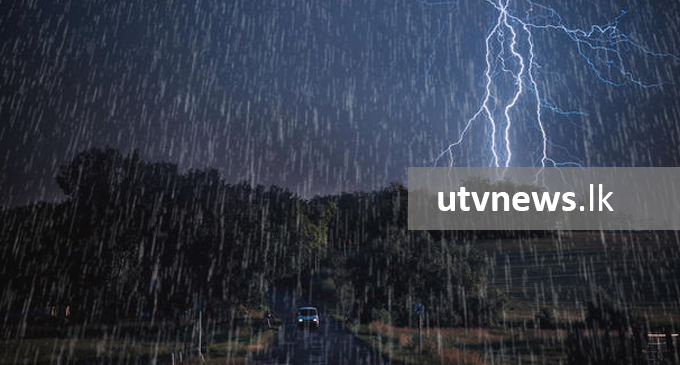 “Showers or thundershowers may occur at a few places in Uva province after 02.00 pm while wind speed can increase up to 40 kmph at times over the island,” the department said.

Moreover, it said the deep and shallow sea areas off the coast extending from Puttalam to Mullaitivu via Mannar and Kankasanturai and Galle to Potuvil via Matara and Hambantota would be rough at times.

“The other sea areas around the island will be fairly rough at times,” it said.

“Temporarily strong gusty winds (up to 70-80 kmph) and very rough seas can be expected during thundershowers,” it added.

It advised naval and fishing communities to be vigilant in this regards.

Meanwhile, the Disaster Management Centre said 20265 people from 5356 families had been affected by adverse weather conditions while 2150 houses have been partially damaged.