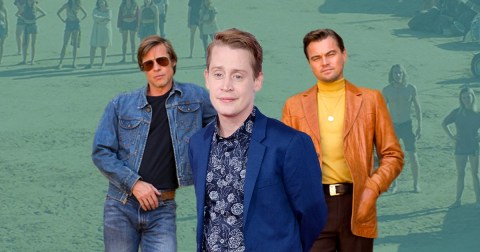 Macaulay Culkin auditioned for ‘Once Upon A Time In Hollywood’

(UTV|Los Angeles) – “Home Alone” star Macaulay Culkin said he had auditioned for the Oscar-nominated movie “Once Upon A Time In Hollywood”.

Culkin could be a part of the film if it wasn’t for his “disastrous” audition, reports mirror.co.uk.

The former child star, now 39, revealed that he hadn’t been through an audition process for over eight years, meaning that when it came to reading his lines, it was “really terrible”.

Speaking to Esquire about his missed opportunity to work with the critically-acclaimed filmmaker, he admitted that he doesn’t blame anyone for not hiring him. “It was a disaster”.

“I wouldn’t have hired me. I’m really terrible at auditioning anyway. And I hadn’t had an audition in like eight years,” he said.

Although he failed to reveal what role he read the lines for, many critics have speculated that he would have been sought for the character Tex Watson, played by Austin Butler in the film.