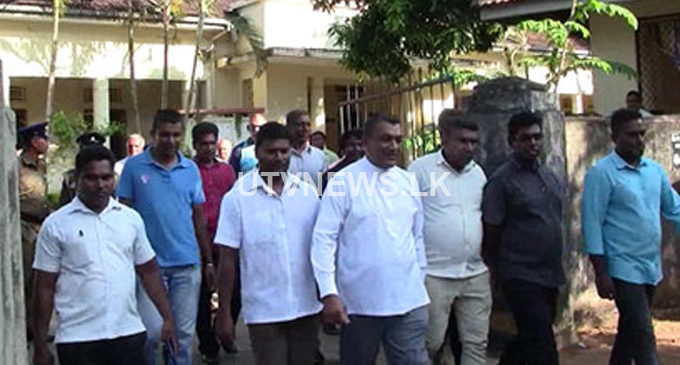 (UTV|COLOMBO) – Mayor of Matale Daljith Aluwihare, who was arrested for allegedly assaulting a municipal councillor, has been released on bail by the Matale Magistrate’s Court.

He was ordered released on two surety bails of Rs 100,000 each by Matale Magistrate Indika Attanayake.

The driver of the Mayor, who was also arrested over the incident, has also been released on bail under the same bail conditions.

Aluwihare was arrested in connection with an incident of assaulting a fellow UNP municipal councillor.