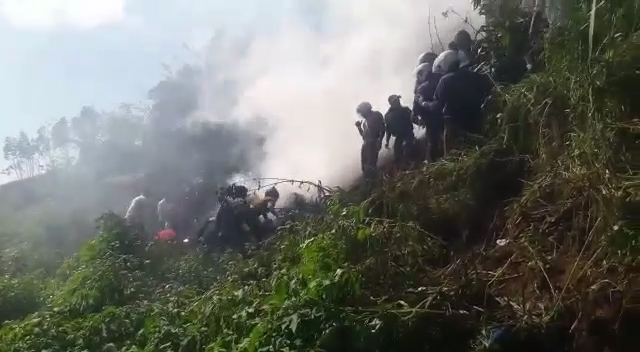 (UTV|COLOMBO) – A helicopter crash has been reported from the Thambapillai area in Haputale.

According to the information that we are receiving the crashed helicopter is not attached to the Sri Lanka Air Force.

Scroll down to watch the video…

EU budget: Talks end amid stand-off between ‘frugal’ and other nations