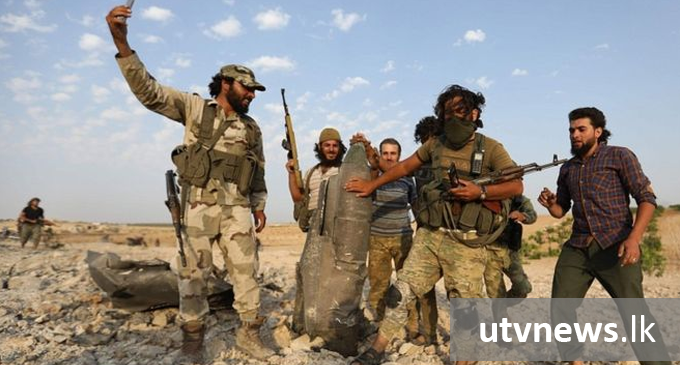 (UTV|COLOMBO) – A Syrian government warplane is reported to have been shot down as fighting continues in the rebel-held northern province of Idlib.

Opposition sources said the jet had been brought down near the town of Khan Sheikhoun.

Earlier reports said Russian-backed government forces had advanced to just a few kilometres from the town.

Nearly 30 combatants are said to have been killed in overnight fighting.

The Syrian Observatory for Human Rights, a UK-based monitoring group, said the pilot of the Russian-made Sukhoi warplane had been captured and was being held by the jihadist group Hayat Tahrir al-Sham (HTS), the dominant faction in Idlib Province.

HTS said the plane was shot down over al-Tamanaa, just to the east of Khan Sheikhoun. It confirmed that it was holding the pilot but gave no further information.

The government has stepped up its offensive in the region in recent months. Hundreds of civilians have been killed, and hundreds of thousands more driven from their homes.

Syria’s government, backed by Russia, is trying to recapture the region from rebels and jihadists. 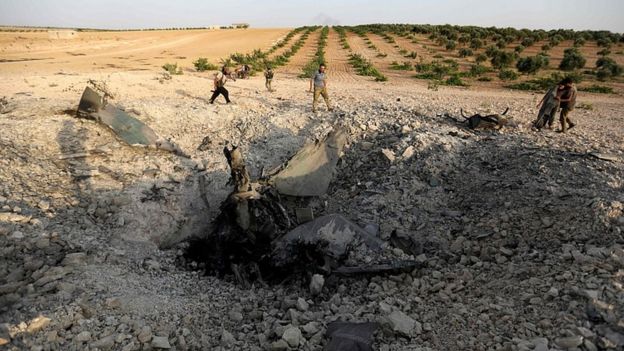